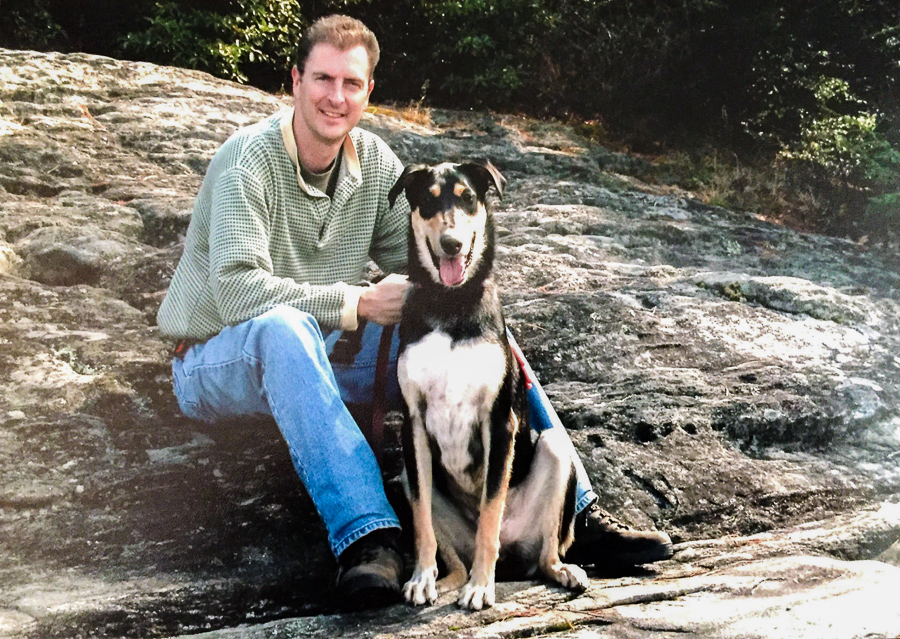 We had to say goodbye to our beloved Macduff this week. Twelve years ago, our family was just Ruth and I, and we decided we needed a dog. We researched rescue groups and looked at photos and descriptions of dogs to pick just the right one. When we went to look at the dog we had selected, the dog was not there. A volunteer handed Mac’s leash to Ruth to try walking him.  We hadn’t seen Mac before and knew nothing about him.  We brought him home because Mac showed more interest in Ruth than in going for a walk.

Mac, at over 85 pounds, was a new experience for us. We decided Mac would stay downstairs so that our cats would always have a dog-free refuge upstairs. Mac thought that was a silly plan because he didn’t mind cats at all and had no intention of leaving our side. For more than twelve years, Mac followed us everywhere. No matter how settled he was, if we got up and moved to another room, he followed. He followed us to the door when we left in the morning, and he was waiting at the door to greet us when we came home. 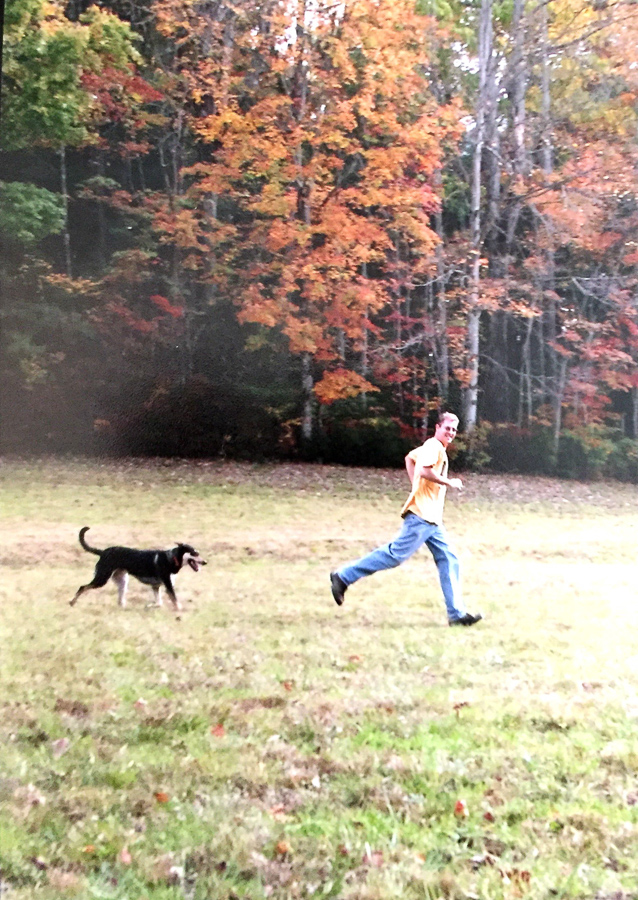 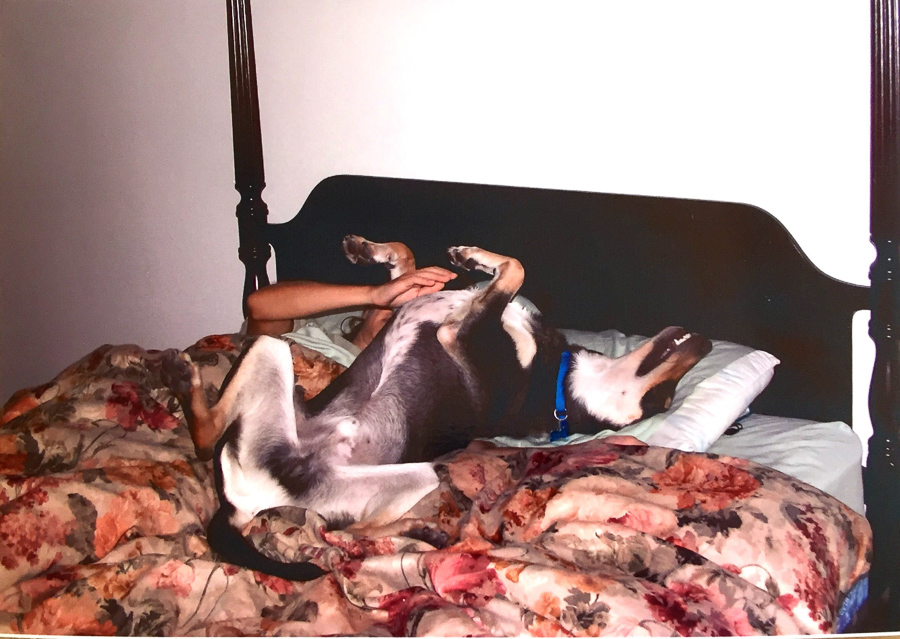 In those early years, Mac would let us know each day when it was time to wake up. He would leap onto the bed between us, roll around on his back, and try to dig us out from under the covers. We called these “Mac attacks.” He also tried to insist that he was a lap dog, but I knew that couldn’t be right. 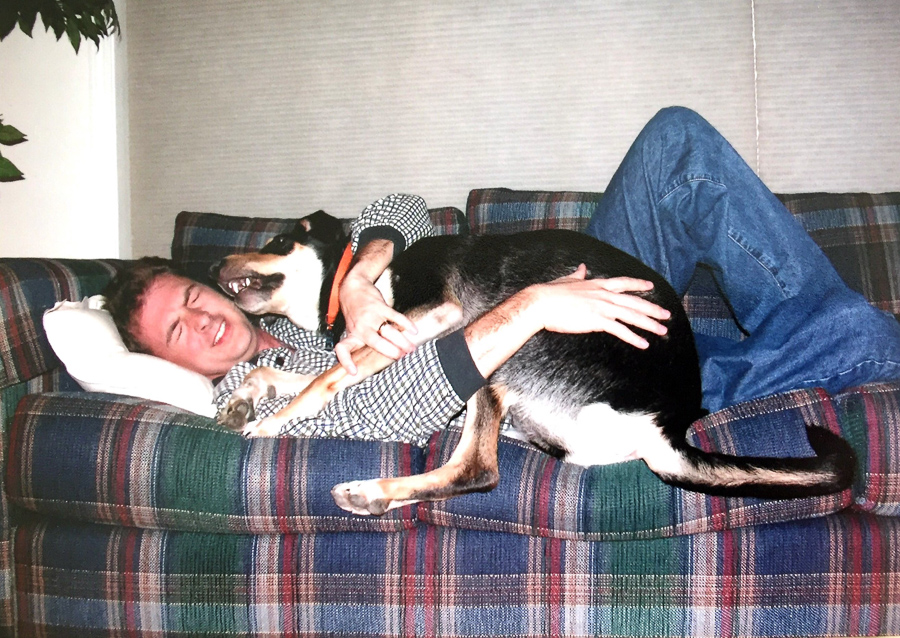 When Chloe Jane was born, we had to teach Mac no more “Mac Attacks” because we didn’t want him to leap up and land on the baby. There was never a slip up. Mac never jumped up on the bed with any of the three babies. (He did sneak onto the bed when no one was home. He thinks he got away with that, but he did not).

Mac welcomed Chloe Jane, Cara and Tommy, and he always was gentle and tolerant and protective of them. They accidentally stepped on his tail, checked his teeth and poked his nose, and snuggled up in his dog bed with him. Cara liked to pet him every morning before school, and Tommy would kiss him on the nose and sing “I love you” songs to Mac. As long as he was able, Macduff walked with the kids to the school bus in the morning (barking in protest as the bus took them away) and waited for them at the bus stop in the afternoon. Even four-year old Tommy could walk him. That was always a sight. Mac easily could have pulled the kids over or pulled himself free from their grasp. But Mac walked slowly, with a slack leash, next to whichever child was holding the leash. Mac believed he was walking the children. 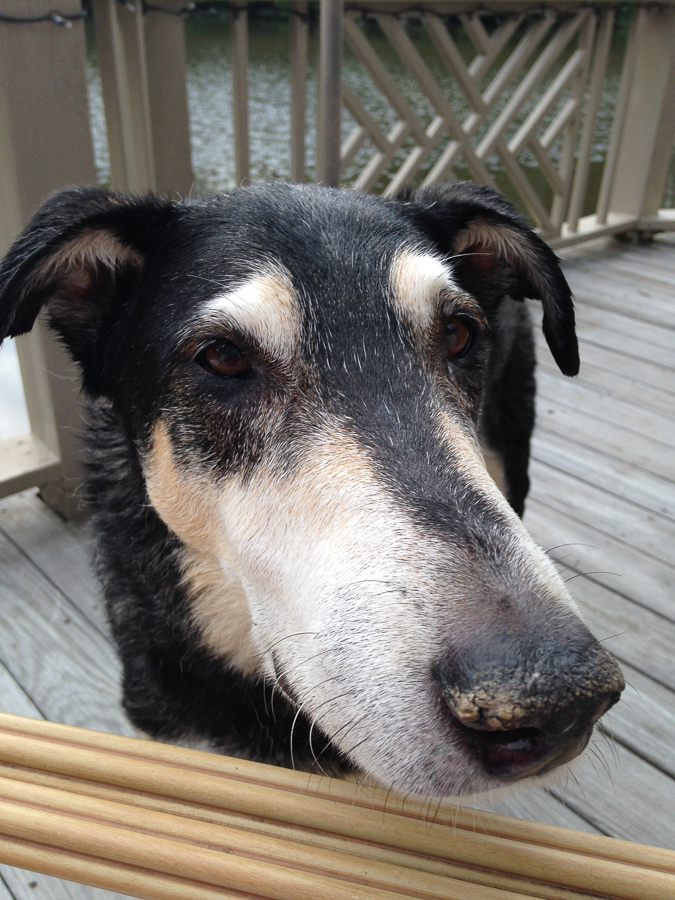 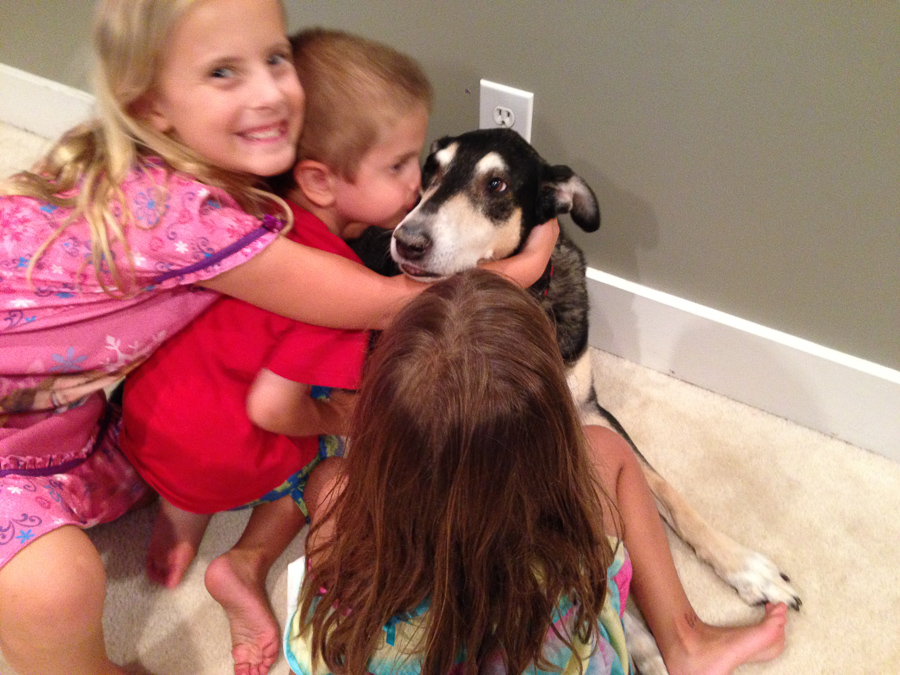 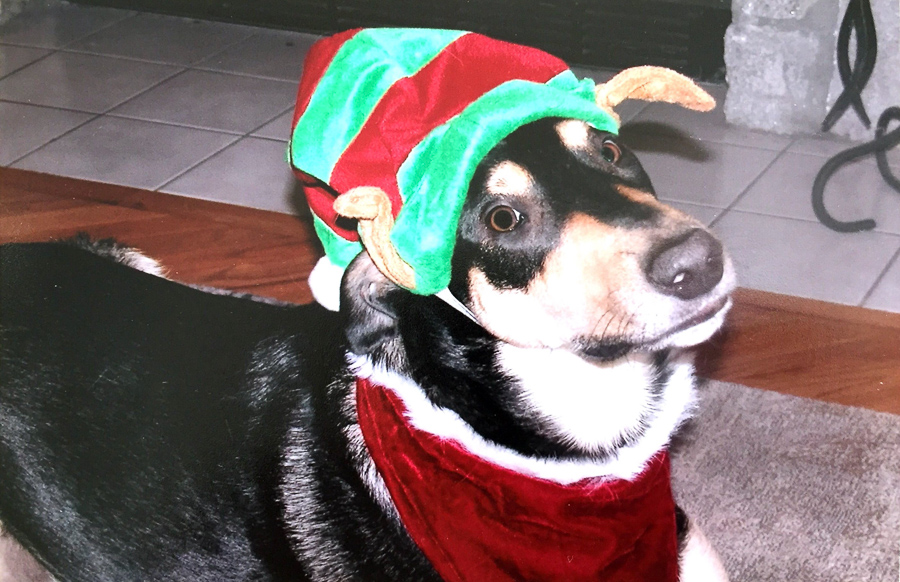 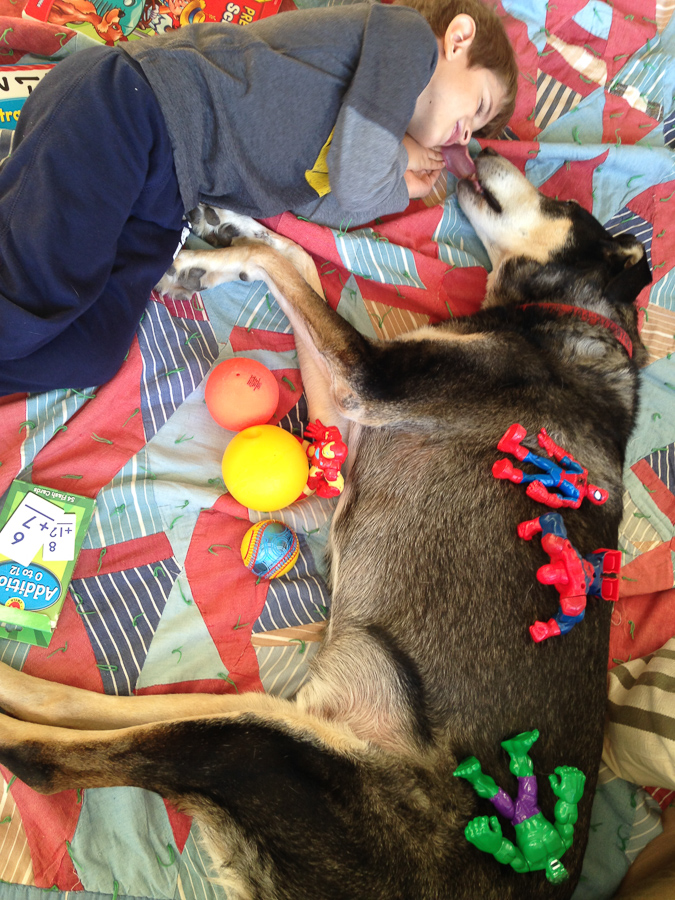 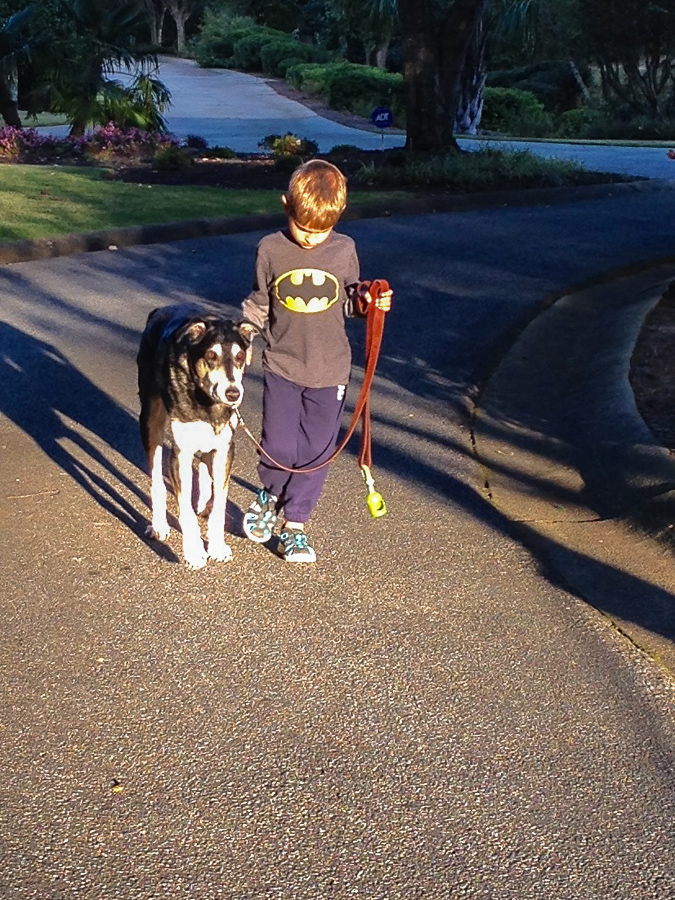 Mac believed the duty of watching the youngest members of the family fell to him. Mac couldn’t believe we sometimes left the kids with sitters in the evening.   He would stay close to them while we were gone, and sleep right outside their rooms until we returned.  Mac eventually made one exception to his insistence on being at our side everywhere we went. After Ruth and I put the kids to bed, Mac would stay next to Tommy’s bed until Tommy fell asleep, and then Mac would come join us. 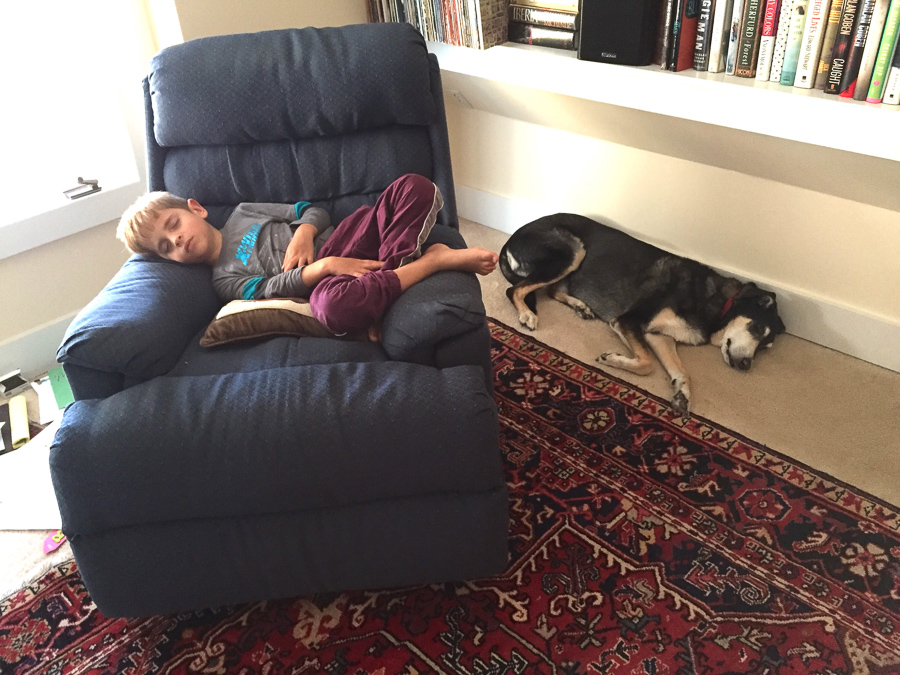 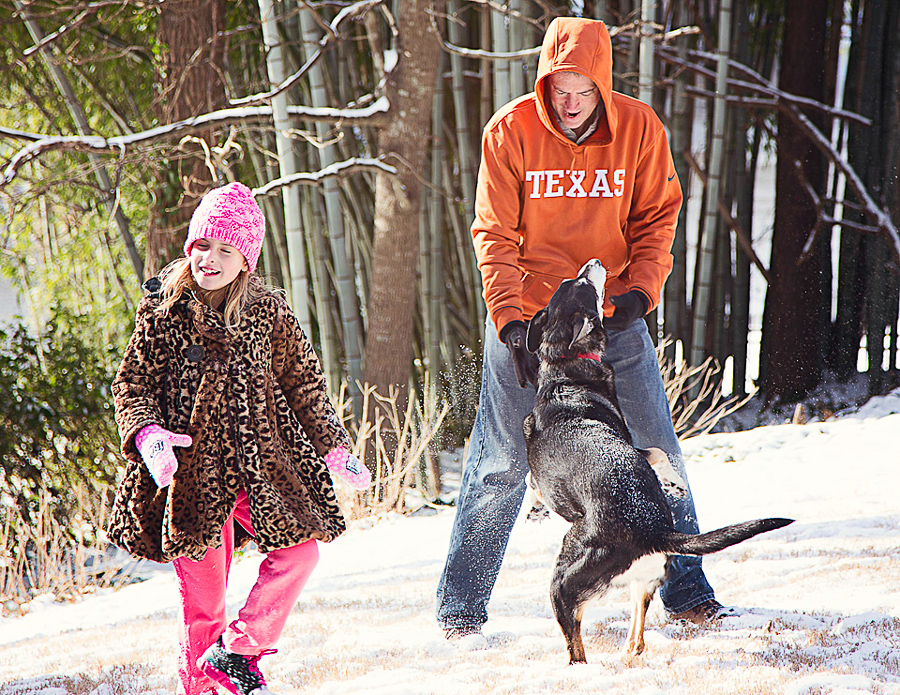 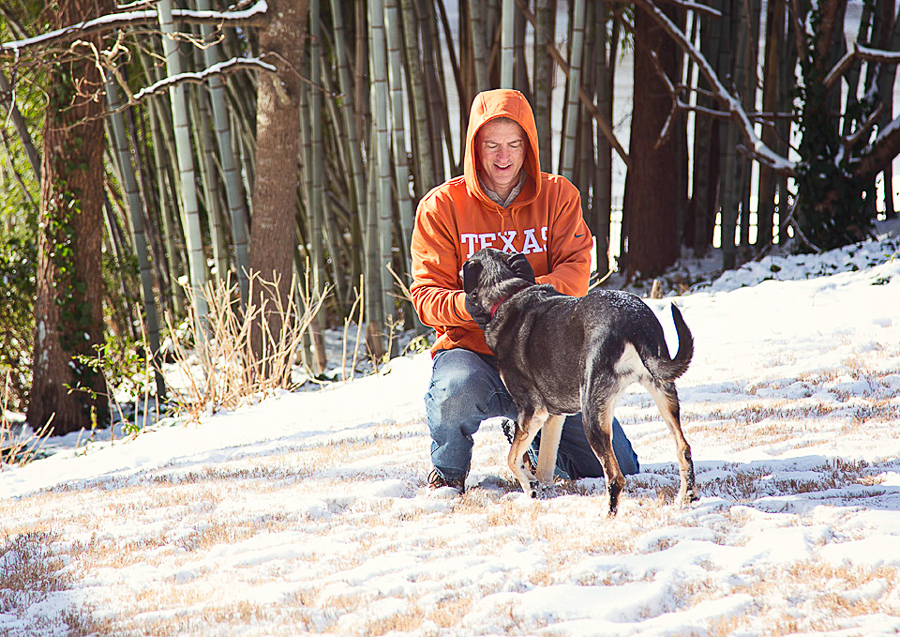 With changes in jobs, houses and a growing family, Mac has been the constant in our ever-changing world. Every day for twelve years, Mac was there to greet us when we came home. For twelve years, if I reached my hand down I could pet his head because he was always there. He loved and watched over our children as his own (which he fully believed was true). Mac was a lifetime dog—a dog that holds a special place in your heart and belongs to a time that can never be duplicated. No other dog is going to be the first dog Ruth and I bring into the family. No other dog is going to teach us how to take care of a large dog. No other dog is going to welcome the arrival of three children and care and protect them as they grow from infants to toddlers to energetic children. That’s okay though. Mac was one-of-a-kind dog and he should belong to a one-of-a-kind time. 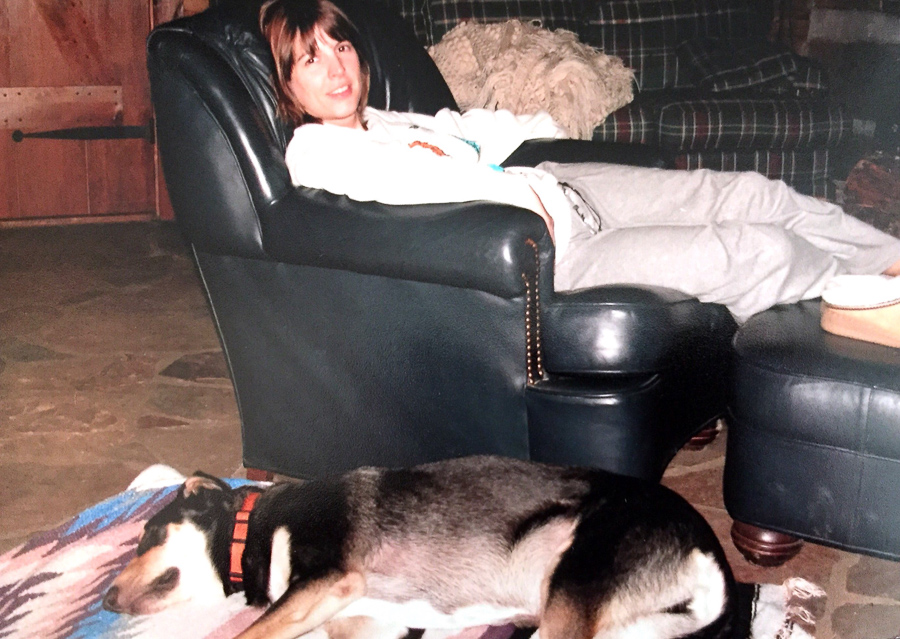 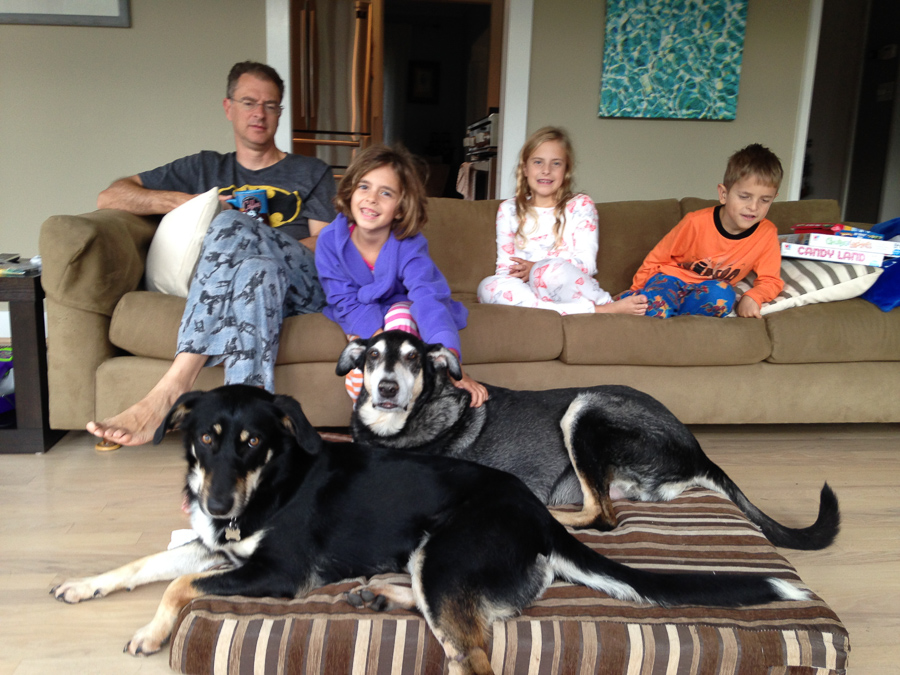 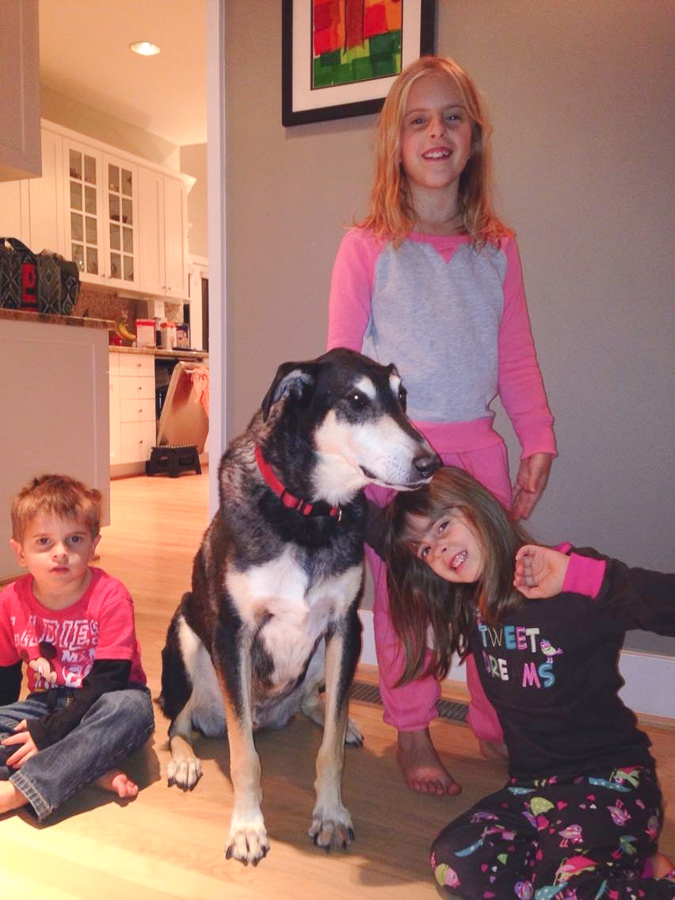 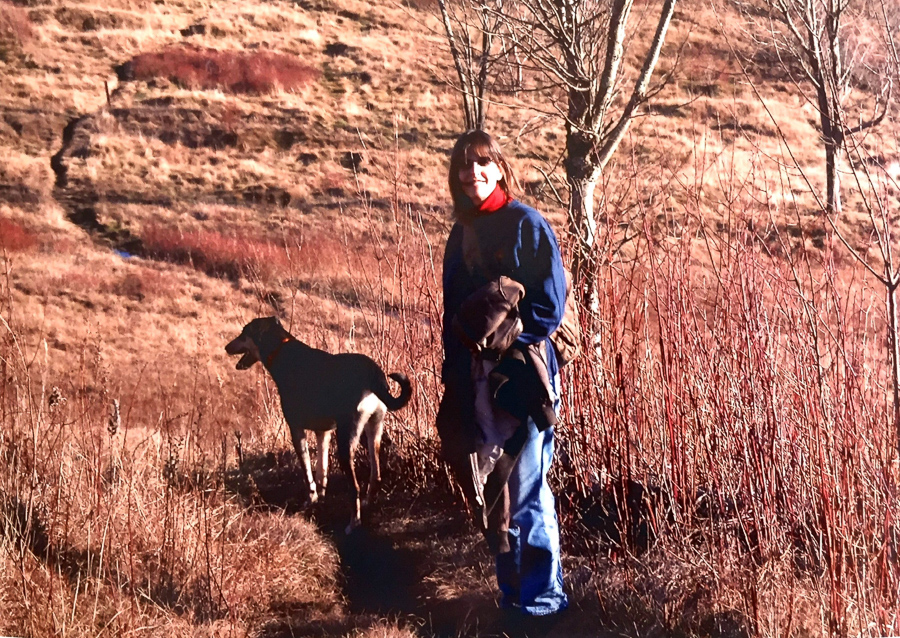 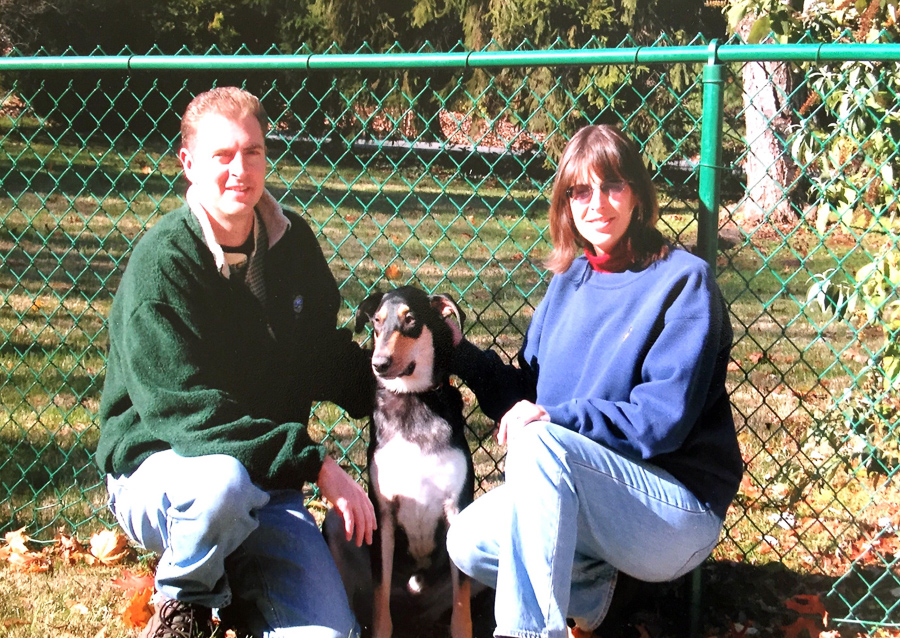 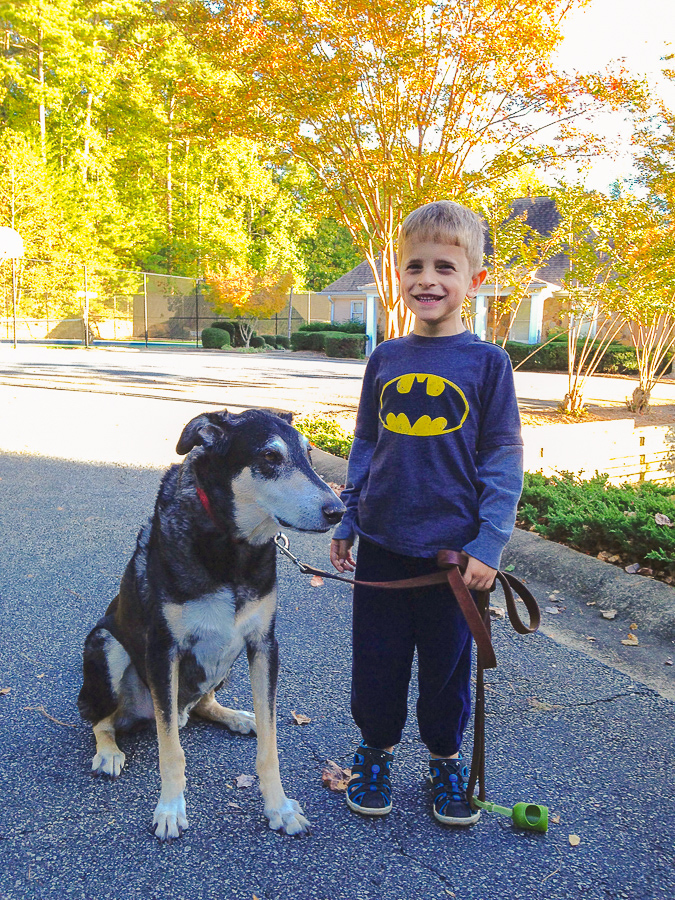 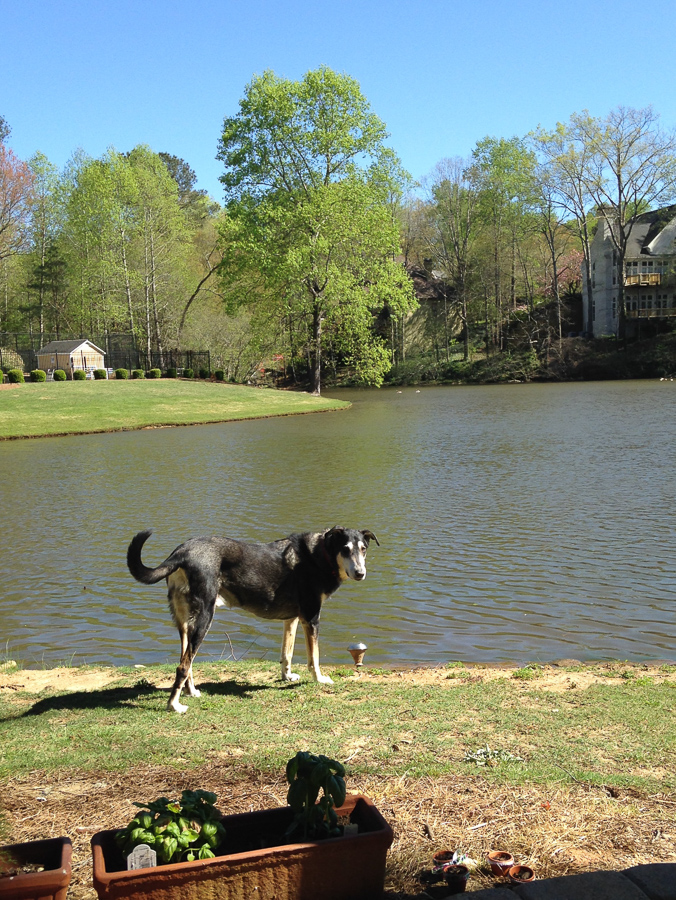